Ligman’s professional lighting design team provides realistic 3D simulations for a variety of applications in all fields of lighting, such as architectural, landscape and outdoor or even indoor. Using the most up-to-date simulation software, Ligman is able to generate realistic lighting designs to show exactly what the luminaire and lighting distribution will look like in real life, including accurate lighting analysis calculations. 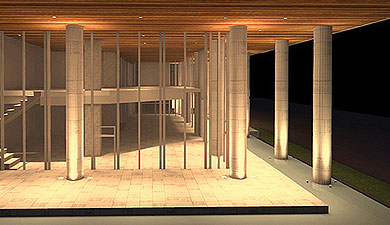 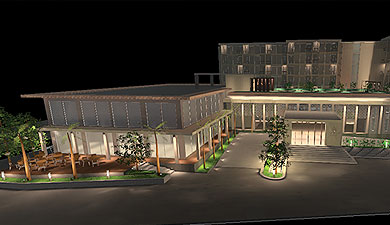 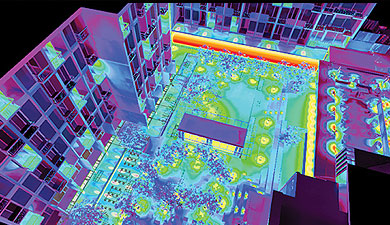 The photometrics on all products can be used in various lighting design software such as AGI32, DIALux, Relux etc. Our aim is to exceed our customer’s expectations by providing exceptional customer service.

Using the Ligman plugin product database, you can create your virtual worlds simply and intuitively with DIALux. Document your results in breath-taking, photo realistic visualizations. Delight your customers with artificial light scenarios through which they can glide with wild camera runs. Rely on the CAD data of other architecture programs and re-export your files easily. Ligman is a partner with DIALux software that provides tools for lighting designers or customers to be able to make a simple calculation to 3D visualization and lighting design. Our plugin is available for download directly from our website, or from the DIALux website.

After plugin has been installed, the new data can be updated by using the update button. 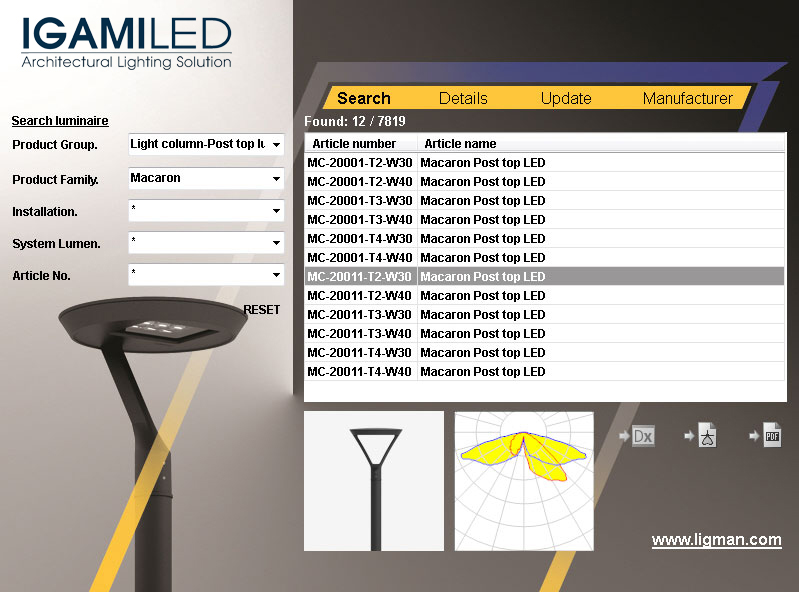 Ligman has a product instabase for AGI32 users for supporting their lighting design and planning. AGI32 offers comprehensive lighting calculations, ease of modeling, and fast high-quality renderings for almost any interior or exterior environment, including daylight. AGI32 is a computational program that performs numerical point-by-point calculations of incident direct or reflected light on any real surface or imaginary plane. Within this scope, it is used to predict or quantify the distribution of artificial or natural light in any environment. AGI32 is a simple yet extraordinary model builder capable of constructing almost any architectural environment. Vaults, domes, curves, slopes and extrusions are easily created, allowing you to accurately model the architectural elements you encounter on a daily basis. For those with existing 3D models, AGI32 can import 3D geometry via DWG or DXF.

The Ligman Research & Development Team comprises of experienced design engineers with expertise in various professional fields and are equipped with modern technology 3D Software for product visualization, not only on aesthetic design but also a combination of engineering for energy evaluation as well as thermal analysis of the products. This assures that all Ligman luminaires are well engineered for quality & workability to meet fit for purpose criteria and international standards.

LIGMAN continues to invest in the most modern technology and cutting edge machinery for production & manufacturing. This allows Ligman Lighting to maintain its reputation for having the capability to produce high quality performance luminaires with exceptionally fast delivery times.
To insure the highest quality & well managed manufacturing procedures, our total in-house production lines include:

LIGMAN manufactures products for almost every lighting application including:

LIGMAN luminaires are made from high grade quality die-cast aluminum ADC12 or LM6 with a low copper content allowing for extra strength & good thermal conduction. A high quality finishing process is preformed to withstand harsh outdoor conditions. The luminaires are sealed and protected against dust & water ingress into the optical chambers. Products are supplied with high grade non-aging gaskets for long life. Ligman luminaires are finished with a UV stabilized Polyester Powder Coating which is for excellent corrosion resistance to outdoor elements. The screw fine threads used in the housings are designed to assure tightness of the hardware & reduces the lost threading which would void the IP rating protection.

LED fittings are well engineered to obtain the highest level of thermal management to insure sustainability & maintain the LED lumen output performance until the end of LED life.

All LED components & equipment supplied in Ligman luminaires are selected to meet Eco-Friendly designs that provides less harmful impacts on the environment, due to the long recycle period of the product’s life cycle. Using LED sources helps reduce degrading effects such as pollution & carbon emissions (CO2).

Information on a luminaire withstanding the penetration of dust and water in accordance with EN 60598 / VDE 0711.

The CE mark for product conforms to the requirements of EEC directives and compulsory to indicate LVD, EMC and ballast efficiency conformity.

F Mark (mounting surface), luminaire meet the requirements in accordance with EN60598-1 and suitable for mounting on normally combustible surfaces but has come to end in 04/2012.

Safety class I luminaire provided with an earth connection.

Safety class II the functional insulation. The luminaire has an additional protective insulation. Under fault conditions there are no dangerous voltage can reach metal parts which can be touched.

Safety class III luminaire supplied with low voltage (12V, 24V), the luminaire does not need to be earthed.

Degree of protection The International Protection (IP) classifies luminaire according to their protection against the ingress of dust , solid foreign bodies and water as an IP number system required by IEC 60529 and in accordance with IEC 60598.

The use of Joules (Newton metres-Nm) has been common for many years. More recently an IK rating normally used for electrical enclosures and cabinets (EN 50102:1995) has emerged as manufacturers apply it to their luminaires, as they also enclose electrical circuits. This chart compares both ratings:

LIGMAN uses high-power LEDs and Chip-on-Board LED (COB).  This provides an advantage to the end user by obtaining the highest lumen output & most suitable light engine for the application.

The high quality of LEDs supplied with Ligman luminaires in conjunction with the highest efficiency lens & optical systems will provide the greatest distribution variety in the industry.

The highest quality of LEDs in the development of new luminaires applied with highest efficiency lens and optics system. LIGMAN provide most kind of industry distribution.

All LEDs do not generate UV or IR radiation and have very low colour fading rate than conventional lamp.

is good and value between 90 and 100 considered as very good.

LIGMAN provide CRI value >80 for general outdoor as standard, however CRI >90 is optional upon the request.

The SDCM (Standard Deviation of Colour Matching) value defined from

visual colour matching experiments its shows the standard deviation of the colour discrimination variations from a specific center on the xy chromaticity diagram based on ANSI engineer Davis Lewis MacAdam described. Increasing size of ellipse can classify the maximun colour deviation of light sources referred to as MacAdam ellips of a certain
step size SDCM.

LIGMAN we designed our own LED light engine to maintain the thermal  below the critical temperature range and we properly input the optimum driving current when properly operated to ensure maximum luminous flux output together with serving a long life of LEDs.

TM-30-15 is the latest method adopted by the Illuminating Engineering Society for quantifying colour rendering properties of light sources,  these results distinguish both colour fidelity and colour gamut and provides a framework for interpreting chroma and hue shift associated with light sources.

LIGMAN dedicated and focus on quality and design of luminaires in conjunction with well selected the highest grade of component integration with our knowledges and technologies to the end-users. We are continuously improving, evolving with new inspirations, new designs, finishes and innovative technologies.